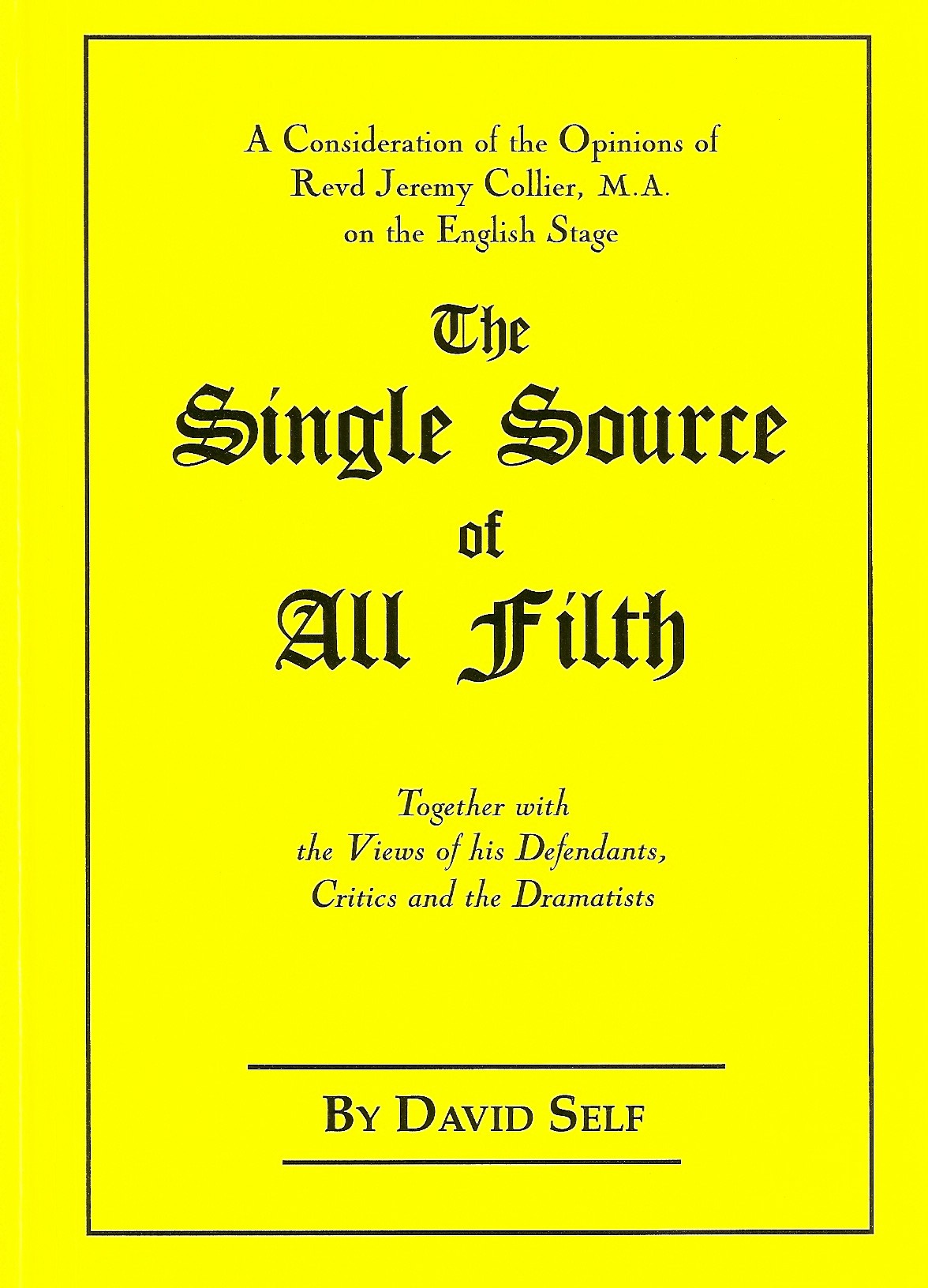 The Single Source of all Filth: the Jeremy Collier Controversy David Self

In the 1680s, a non-juring priest, Jeremy Collier, launched a vitriolic attack on the excesses of Restoration Theatre. In doing so, he started a vicious pamphlet war which was to change the history of drama. Puritanical in his views, Collier attacked the profanity and debauchery of the stage and demanded its abolition. In response, several playwrights, including Vanbrugh and Congreve, wrote in defence of drama whilst conceding that its excesses needed taming.

A huge number of pamphlets were written and, although Collier’s arguments were often flawed and over-zealous, he caught the mood of the times and as a direct result Vanbrugh and Congreve’s careers were cut short. His final victory came with the establishment of the Office of Lord Chamberlain to censor plays – which lasted until the 1960s. This important chapter in the development of the modern theatre has escaped close academic scrutiny and for the first time all the major pamphlets and plays written during this war are reproduced here for students, both serious and amateur, of theatre history.

To order a book or playscript, please e-mail simon@cressrelles.co.uk